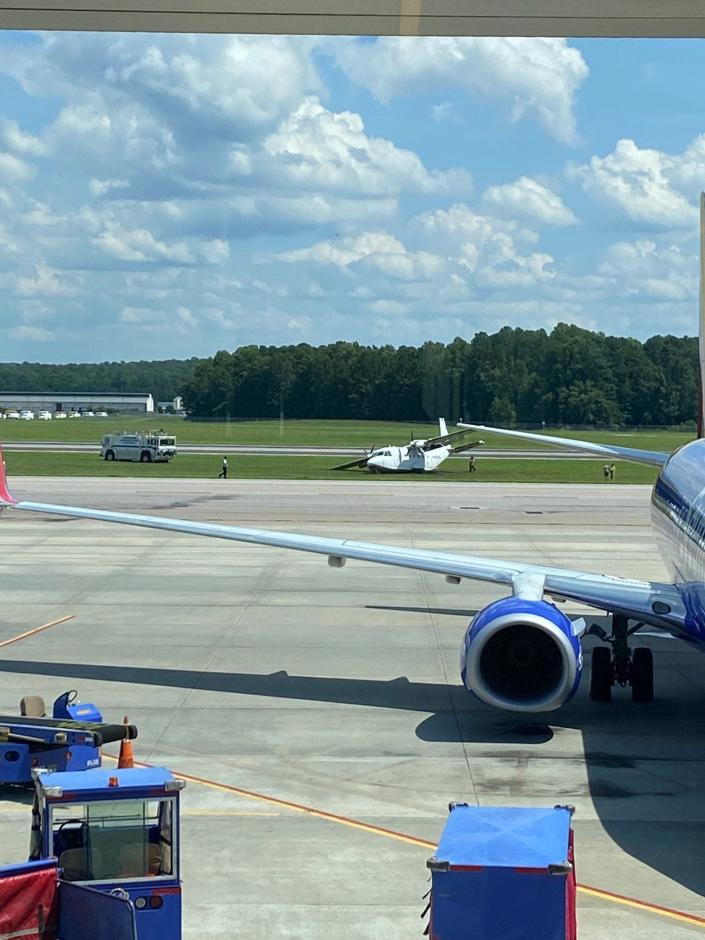 Corrections and clarifications: An earlier version of this story misspelled the name of the co-pilot who died.

A co-pilot died after ejecting from the plane, which later made an emergency landing in North Carolina, officials said.

At approximately 2:40 p.m. Friday, a twin-engine CASA CN-212 Aviocar landed in a grassy area at Raleigh-Durham International Airport, the Federal Aviation Administration said in a statement to USA Today. The pilot made an emergency landing after reporting that a wheel had come off the landing gear.

There were two pilots on board when the plane took off, but only one when it landed.

Multiple agencies then scoured the surrounding area trying to locate the other passenger. On Friday night, the Fuquay-Varina Police Department announced the discovery of the body of the second pilot, identified as 23-year-old Charles Hugh Crooks, about 30 miles from the airport.

Wake County Emergency Management Chief of Operations Darshan Patel told reporters, “A resident flagged it down. I don’t know if it’s directly on their property, but a residential property is behind where the man was found. “

Officials said they do not believe Crooks ejected or fell from the plane during the flight, but Patel added that there was “no indication” that he was wearing a parachute. At a news conference, Fuquay-Varina Police Chief Brandon Medina said Crooks fell about 3,500 feet, but investigators have not determined whether he died on the descent or on impact.

The FAA and National Transportation Safety Board are investigating the incident, as well as local and state authorities.

The pilot who landed the plane was taken to a local hospital with minor injuries and later released, WRAL reported.