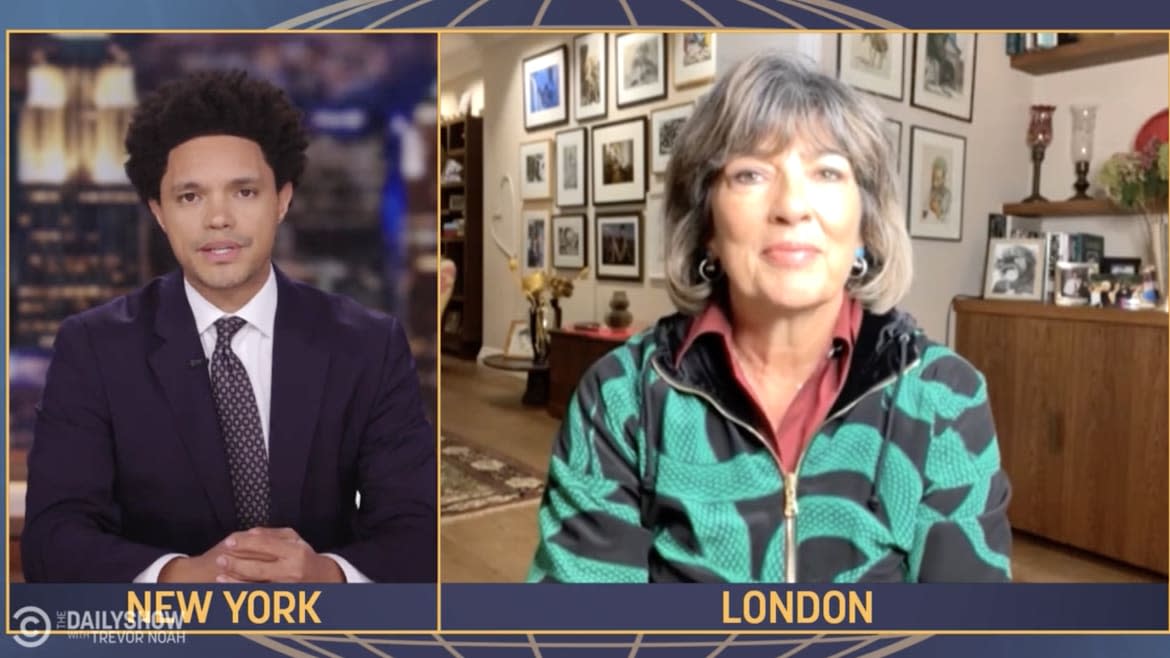 During the introduction of CNN anchor Christian Amanpour as a guest The Daily Show On Monday night, host Trevor Noah joked that when Iranian President Ibrahim Raisi abruptly canceled a planned interview with him last week, he “left her like she was giving therapy to a ghost.”

Speaking from her home in London, Amanpour broke down why she ultimately decided to walk away from Lalach’s interview instead of wearing a headscarf as the president’s staff demanded. She said she has always had the first international meeting with Iran’s newest president, but had never before been asked to cover her hair on American soil.

“There is no law in the United States that requires a journalist to wear a scarf for an interview,” she said matter-of-factly.

When the assistant first approached him to say Raisi wanted him to wear a scarf, Amanpour said his first reaction was, “Why?” After that, “No, I don’t need to wear a scarf.”

“As a journalist, I immediately made a journalistic decision,” he said, snapping his fingers, “based on the principle that a) it was not the law, and b) you are not strong-armed by a foreigner. Yes. Govt or any Govt when you are trying to sit and do the pre-arranged interview.

Following Cheers’ death, Noah brought up the specific “timing” of the incident – amid massive protests in Iran over the death of 22-year-old Mahsa Amini, who was arrested for violating the country’s strict dress code. Died in police custody. .

Finally, Amanpour compares Iran’s regulations that restrict how women can dress to a number of anti-abortion laws that have been in effect since abortions were overturned. Roe v. Wade. “It’s a very important thing that we have to keep an eye on,” she said, “and in that moment, I was not there, as a journalist or as a woman, to wear a headscarf.”

Get the Daily Beast’s biggest scoops and scandals straight to your inbox. Sign up now.