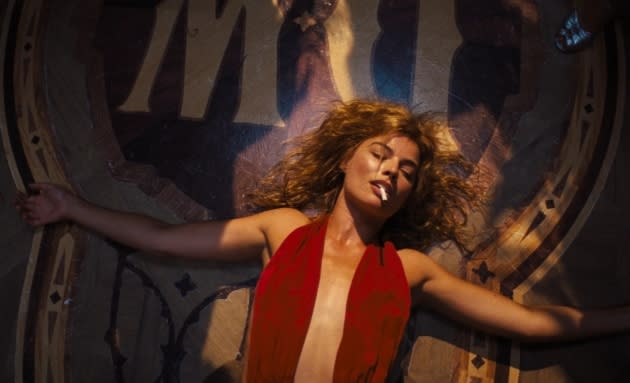 Damien Chazelle is returning to the twilight of Hollywood’s silent era in his new film “Babylon.”

Starring Brad Pitt and Margot Robbie, “Babylon” is set in the late 1920s and captures the film industry’s shift from silent films to “talkies” due to the contemporary invention of sound. Pitt plays a silent film star during that time, and Robbie is a Roaring ’20s icon. As Hollywood changes around them, they are forced to contend with an evolving industry.

“When I first went to Hollywood, the stars on all the doors said, ‘No actors and no dogs allowed,'” Pitt’s character says in the trailer. “I changed it.”

Big, loud, noisy footage complete with lavish parties, cocaine, topless women and dancing. At one point, Robbie’s character commands attention at a pool party by yelling, “Listen up all you big dick men… who wants to see me wrestle a snake?”

With “Babylon,” it looks like Chazelle is going to take another shot at Oscar success. The film is slated to release on December 25, smack dab in the middle of awards season.

Watch the full trailer below.