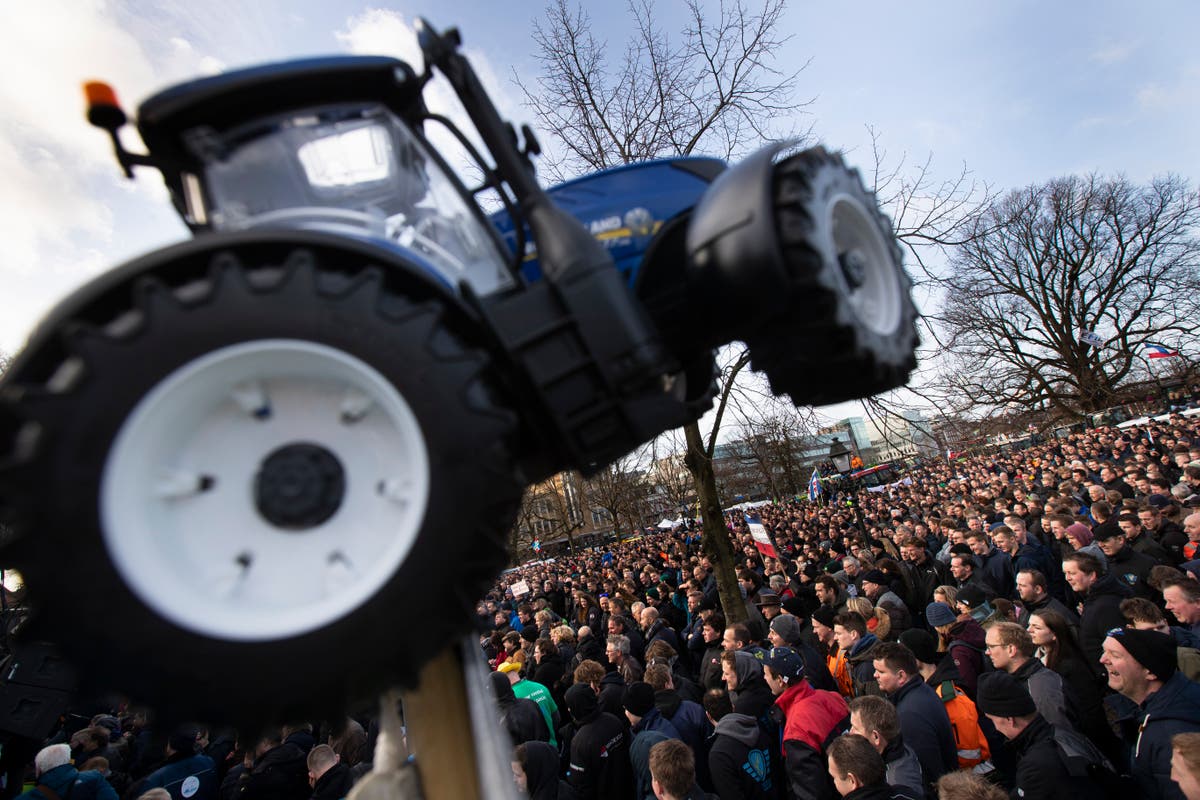 The Dutch authorities unveiled objectives Friday to drastically scale back emissions of nitrogen oxides to guard the atmosphere, a plan that might result in main upheavals within the Netherlands’ multibillion greenback agriculture business and has already angered some farmers.

Calling it an “unavoidable transition,” the federal government mandated reductions in emissions of as much as 70% in lots of locations near protected nature areas and as excessive as 95% somewhere else.

The ruling coalition earmarked an additional 24.3 billion euros ($25.6 billion) to finance modifications that can probably make many farmers drastically scale back their variety of livestock or to eliminate them altogether.

Farming is a key sector within the Dutch financial system, with exports value almost 105 billion euros final yr. Nevertheless it comes at a value of manufacturing of polluting gases, regardless of farmers taking steps to scale back emissions.

Prime Minister Mark Rutte conceded that the plan would hit many farmers arduous.

“In fact, it has huge penalties. I perceive that, and it’s merely horrible,” Rutte mentioned. “And particularly if they’re companies handed down within the household who wish to proudly proceed.”

Provincial governments throughout the Netherlands now have a yr to attract up concrete plans to realize the reductions outlined within the objectives launched Friday.

LTO, a corporation that represents 35,000 farmers, known as the targets “unrealistic.”

A gaggle representing offended farmers already has known as for an illustration in The Hague later this month to protest Friday’s proposals. Previous protests by the agriculture sector have seen a whole bunch of tractors clogging roads across the nation and gathering on a park in The Hague.

The federal government has been pressured to behave partly as a result of European Union emissions pointers are being breached across the nation and that has led to courts blocking constructing and infrastructure tasks lately as a result of they’d exacerbate the issue.