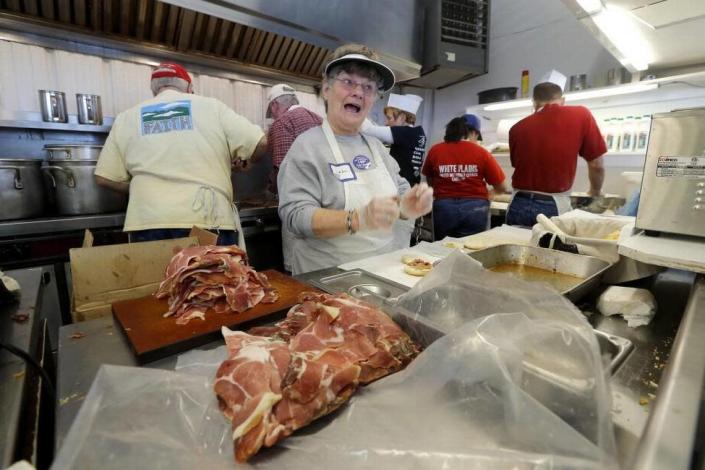 A beloved NC State Fair staple — a booth that’s been in business for more than 100 years — is exiting the annual fair for good, and taking its famous country ham biscuits with it.

“The reality is that for many members of both churches, the COVID-19 pandemic continues to affect their lives in many ways,” Phillips said in an email to the N&O. “After prayerful consideration it was determined that we did not have enough support from members of both churches to provide hundreds of volunteer hours for the fair booth.”

Phillips told The N&O last year that in a typical year (before COVID), it takes about 100 volunteers each day to cook and serve food, man the cash register and clean up at the end of the night.

Profits from the booth went to ministries and missions supported by both churches.

“I know this is a sad decision for many in our congregation and community (including myself), but we hope that God will show us hospitality and continue the relationships and connections we started at the fair booth. So it will open other doors for the church.”

The First United Methodist Church of Cary began serving food at the NC State Fair in 1916, making it the oldest vendor at the fair. It left last year to protect its workers amid concerns over COVID-19.

Instead, the site was used to administer the COVID vaccine.

The white booth with bright green trim was one in a row of several attached buildings on the fairgrounds that offer indoor service and seating.

A story published in The News & Observer in 2015, as the church was about to begin its 100th year at the fair, notes that church historian Bob Warner believes ham biscuits first appeared on the menu in the 1950s. Hoye, when the minister’s wife said she knew. Someone who can provide some good country ham.