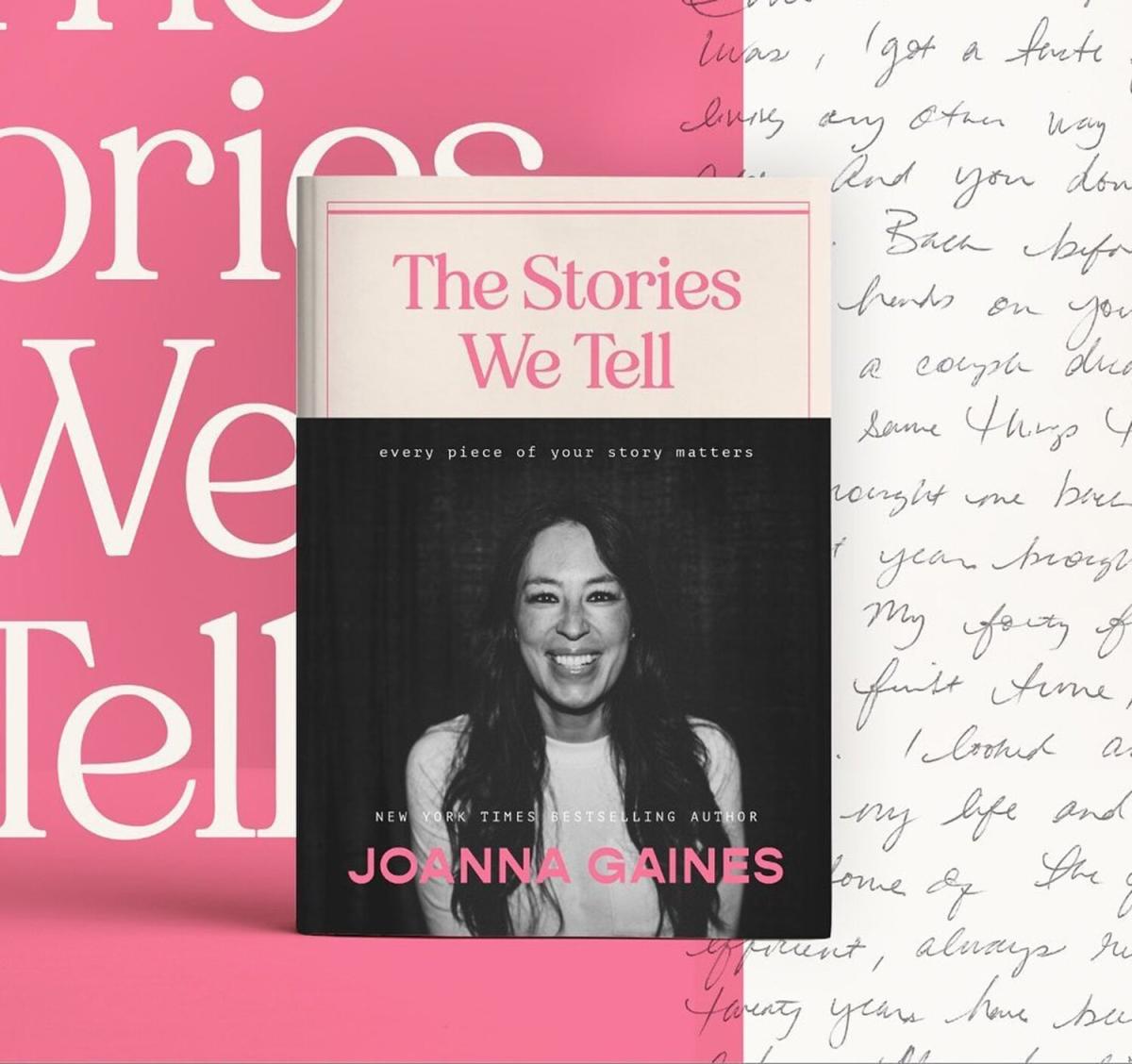 The designer and mother of five, 44, took to Instagram on Tuesday to announce the release of her first solo memoir: The stories we tellOn 8 November.

“Earlier this year I started writing down memories and stories from my past, journaling about things I was still, years later, trying to work through. Half my life is behind me and I Longing for clarity on what I should take. Next and how I can best lay out this next chapter,” Gaines began, sharing a shot of a black folder, filled with pages, titled Text. labeled

“At some point, I realized I was writing a story – my story. Fixer upper alum continued. “It was messy and meandering and beautiful, and graciously revealed a million wonders. Some of it broke my heart — and some of it put it back together.”

Related: Joanna Gaines opens up on nearly 20-year marriage to Chip: ‘experienced a little bit of it all’

“I took this picture the day I finished it – and today we sent it to the printer!! It’s off my hands and time to share it with the world,” Gaines explained, noting that she was “feeling a little. Everything: nervous, excited, vulnerable, but mostly hopeful.”

“Any part of my story can shine a light on your perfection,” she concluded the caption.

Unveiling the cover in a follow-up post, the front of the upcoming memoir features a smiling black-and-white shot of Gaines with the line, “Every piece of your story matters.”

“Joe’s New Book, The stories we tell, invites us on an authentic and deeply vulnerable journey into her story – and helps shine a light on our own beauty – guiding us to let go of the weights that hold us back so we can live. And share your story in truth,” reads its official description.

In addition to Gaines’ new memoir, including his previous books, Magnolia Story, Magnolia Table And HomebodyPlus two children’s books, We are gardeners And The world needs who you have becomehas sold over 10 million copies to date.

Related: Joanna Gaines reflects on son Drake, 17, leaving home for college: ‘It can feel like a loss’

Prior to her book, Gaines and husband Chip will also star in their upcoming show, Fixer Upper: Welcome Home – Castle. In the eight-episode limited series, debuting in September, the pair will tackle the total renovation of a nineteenth-century castle in their hometown of Waco, Texas.

“For almost two decades, Chip watched and waited, making successive offers whenever the castle was relisted – each one passed on to someone else, while very few improvements appeared to have been made,” Joanna Winter 2019. Written in issue of Magnolia Journal. “Chip saw the beauty and potential of this place years earlier than I did, but he never gave up, and because of that, we now want to make this castle beautiful again.”

The stories we tell Available for pre-order now.