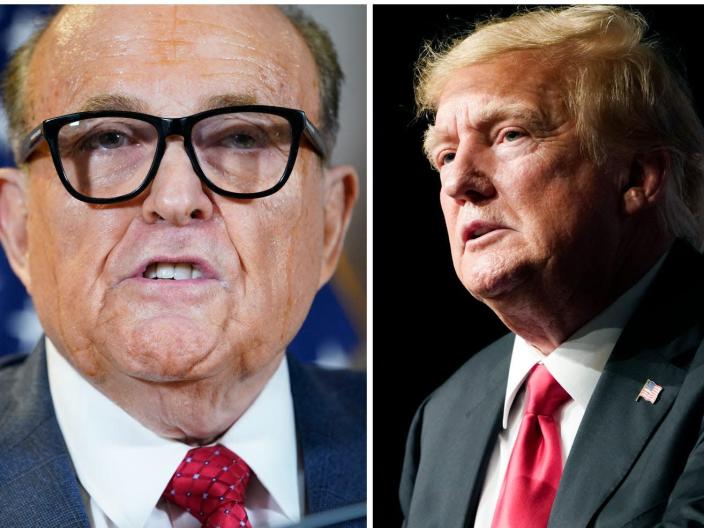 Former President Donald Trump’s one-time personal lawyer, Michael Cohen, said he thinks Trump may be trying to find a scapegoat for any potential criminal charges stemming from the Mar-a-Lago investigation.

Speaking to CNN host Don Lemon on Monday, Cohen was asked what he thought Trump’s next steps would be in light of the Justice Department’s investigation into whether Trump stored classified documents at his Florida residence. Violated any federal laws.

“I believe the next scapegoat will be Rudy ‘Collude-y’ Giuliani,” Cohen told Lemon.

Giuliani is currently the subject of a criminal investigation related to the 2020 election in Georgia. The trial judge has insisted that Giuliani testify, suggesting that he travel by train, or “Uber or whatever” if necessary.

Lehman also asked Cohen if he thought Trump was “flooding the zone” to confuse the public.

Calling Trump “Captain Chaos,” Cohen said the former president’s usual tactic is to “throw as much at the American people as he can to confuse them.”

“They really believe that the American people have like a two-day — maybe, if you’re bright, a three-day window to remember what’s going on,” he added.

“He’s afraid of the documents that he now has in his possession and control because it’s documentary evidence,” Cohen said. “That’s evidence they can use against him.”

After the FBI raid on Mar-a-Lago last week, Cohen publicly gloated about how Trump was finally being held “accountable.” He has since speculated that the potential informant within Trump’s ranks who tipped off the FBI about the documents at Mar-a-Lago could have been one of the former president’s children or his son-in-law, Jared Kushner.

Representatives for Giuliani and Trump’s post-presidential press office staff did not immediately respond to Insider’s requests for comment.