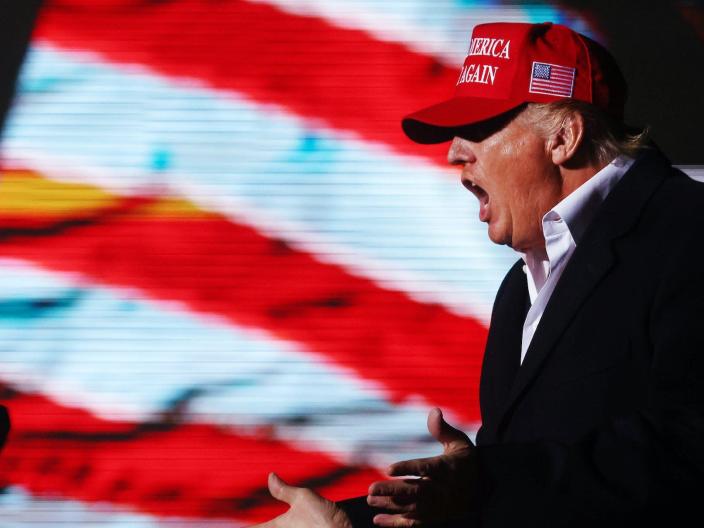 A video of former President Donald Trump from 2016 — when he was still on the campaign trail — has surfaced, and it hasn’t aged well.

The August 2016 clip was posted on Twitter this week by CNN journalist Andrew Kaczynski. In the video, the then-presidential candidate promises to take a tough stance on protecting classified information.

“On political corruption — we’re going to restore the dignity of our government,” Trump says.

“In my administration, I’m going to enforce all laws related to the protection of classified information,” he vows.

He added that no one will be above the law.

Nearly six years after the footage was taken, Trump now faces a Justice Department investigation into whether he misused classified documents stored at his Mar-a-Lago residence in Florida.

In executing a search warrant at the property last Monday, the FBI removed 11 sets of classified documents – some of which were marked classified and related to nuclear weapons. According to the warrant, the Justice Department is investigating whether Trump broke three federal laws, including the Espionage Act.

In February, the National Archives and Records Administration removed 15 boxes of documents from the property.

For his part, Trump has denied wrongdoing and claimed without substantiation that he had disclosed all the documents he kept at his Florida home. Trump faces up to 10 years in prison if convicted of violating the Espionage Act.