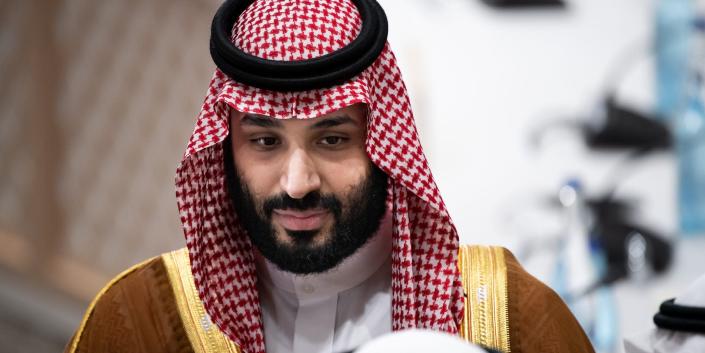 A Saudi Arabian PhD student was sentenced to 34 years in prison for following and retweeting opponents and activists on Twitter, The Guardian reported, citing translated court documents.

Salma Al Shahab, 34, was studying at the University of Leeds in the UK and had gone on holiday to Saudi Arabia in December 2020 when she was questioned by authorities, arrested and prosecuted, The Guardian reported.

Al-Shahab, who is married with two children, was first sentenced to three years in prison for using a website to “incite public unrest and destabilize civil and national security,” The Guardian reported.

But on Monday, an appeals court sentenced her to more time on Twitter accounts she used to follow and retweet, the report said.

He was sentenced to a total of 34 years in prison followed by a 34-year travel ban, The Guardian reported.

The Washington Post also reported the sentence, as did the European Saudi Organization for Human Rights and the US-based nonprofit Freedom Initiative.

Translated court documents seen by The Guardian said al-Shahab is accused of “supporting those who seek to foment public unrest and destabilize civil and national security by following their Twitter accounts.” “

According to The Guardian, he retweeted Saudi dissidents who called for the release of political prisoners held in Saudi Arabia. She also advocated for women’s right to drive, a policy that Saudi Crown Prince Mohammed bin Salman allowed in 2018, the Post reported, although the activists were still imprisoned.

The Guardian noted that al-Shahab did not have a large online following – she reportedly had around 2,500 followers – and was not known for being an activist, with many of her tweets being about her children. I was

The Guardian said she may be able to appeal.

Twitter declined to comment to The Guardian on the al-Shahab case. The Guardian notes that the government of Saudi Arabia is making significant investments in Twitter.

The European Saudi Organization for Human Rights and the Freedom Initiative both said al-Shahab’s sentence was the longest prison sentence ever handed down to an activist, and could signal a further crackdown on dissent.

This included the arrest of dozens of people when Mohammed bin Salman, also known as MBS, became crown prince in 2017. Since then he is considered as the real ruler of the kingdom.

Sources close to the royal family told The Associated Press at the time that two senior Saudis were arrested in 2020 for not supporting them. MBS has also imprisoned several top political figures whom he considered a threat to his grip on power.