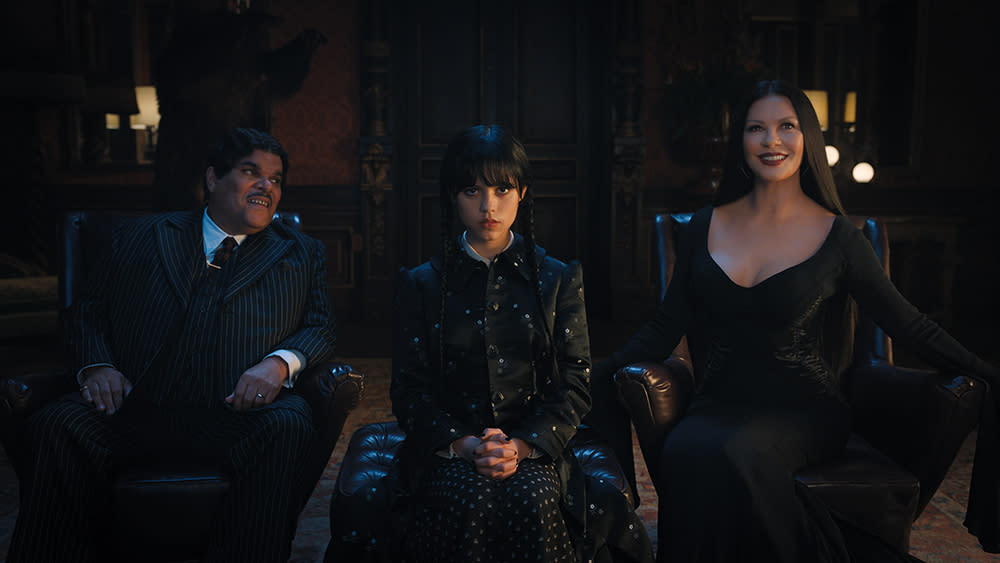 From comic strips to ’60s sitcoms to Tony-nominated musicals, the beloved Addams family has appeared in many different guises. This fall, the deadly clan will be brought to life in the upcoming spinoff series “Wednesday,” and Netflix has revealed its official teaser trailer.

From the mind of Tim Burton, the series on Wednesday follows “You” star Jenna Ortega, the twisted teenage daughter of Morticia and Gomez Addams. In the spinoff, Wednesday attends the Nevermore Academy, where she tries to master her new psychic abilities and solve a murder mystery connected to her family’s past.

“Little did I know I’d be stepping into a nightmare,” Ortega says in the trailer. “Full of mystery, mayhem and murder. I think I’m going to love it here.”

Check out the full teaser trailer below.