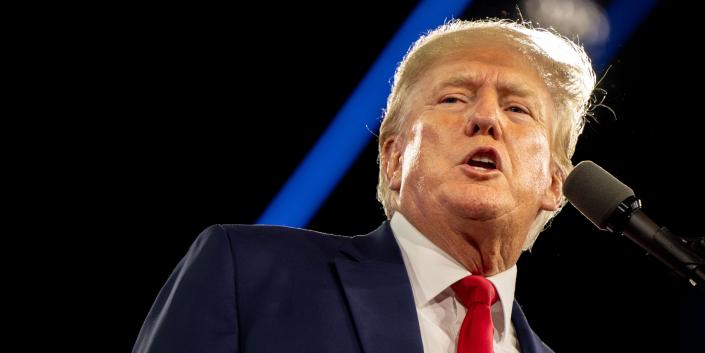 Rolling Stone reports that former President Donald Trump is suggesting to those around him that a supporter who was shot and killed while trying to breach an FBI building was actually a false flag. It was part of the operation.

Trump has remained silent publicly about the gunman who tried to enter an FBI office near Cincinnati, Ohio, on Aug. 11, leading to a standoff with police in which he was killed. went.

Ricky Shaffer had been on the agency’s radar for months for possible involvement in the capital riots, the New York Times reported.

Posts from a social media account under Trump’s name after the raid on Trump’s Mar-a-Lago home in Florida expressed anger at the agency, and explained its focus on attacking the FBI.

Trump expressed concern about the man’s mental health, calling him “crazy,” according to two unidentified people cited by Rolling Stone.

He has also been telling people close to him that, according to Rolling Stone, Schaefer is actually working to discredit Trump supporters, sources said. Sources called it a “false flag theory”.

This idea, which has no evidence, is reminiscent of the “false flag” claims of Trump’s most fervent online supporters.

The news hit the right corner of the Internet after it broke, as reported by Insider’s Kieran Press-Reynolds and Katie Anthony. (There is no indication that Trump’s speech was influenced by this.)

Multiple posts on Patriots.win — a shared space for people who frequented the banned subreddit r/The_Donald — show Shiffer getting the idea shortly after the attack.

Similar claims were made on Twitter and Truth Social, Insider reported.