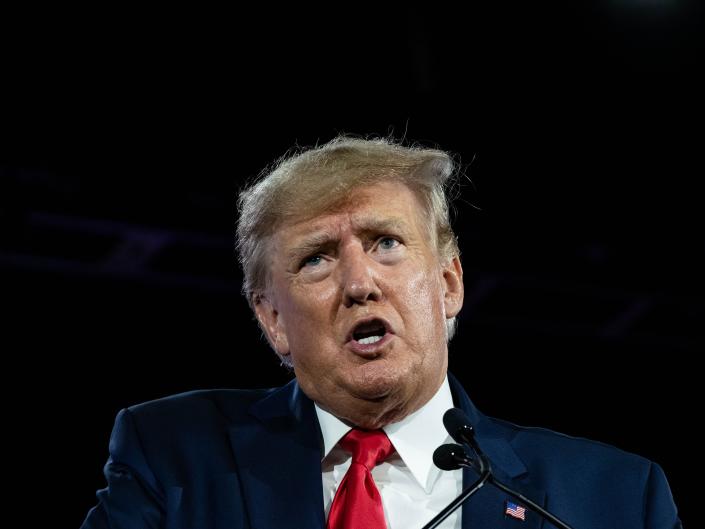 Former President Donald Trump warned that “terrible things” are going to happen if the nation’s temperature is not lowered, all the while accusing the FBI of “sneaking up” on his Mar-a-Lago Florida home. “Attack from” and repeated his allegation. that “they could plant whatever they wanted.”

“People are very angry about what’s going on,” Trump told Fox News Digital on Monday. “We can do whatever we can to help—because the temperature in the country is to be brought down. If that’s not done, terrible things are going to happen.”

Trump has been offering to “help” in recent days while also issuing warnings about the furor he’s helped fuel with unsubstantiated claims about the FBI. Agents recovered classified and other confidential documents during their search Monday, property records show.

The New York Times reported that a person close to him contacted a Justice Department official because Trump wanted to send a message to Attorney General Merrick Garland: “The country is on fire. What can I do to turn the heat down?” ?” Some social media users interpreted the message as a veiled threat.

In his Fox interview, Trump said his representatives had not heard back from DOJ officials offering to “assist the country.”

The FBI and the Department of Homeland Security have reported an increase in violent threats against federal agents and their families and against federal judges who issue search warrants. The threats included “placing a so-called dirty bomb in front of FBI headquarters.” Others were issuing general calls for “civil war” and “armed rebellion.”

He also made further allegations against law enforcement agencies, whose search warrants came after a months-long federal investigation. The DOJ is investigating whether Trump broke three federal laws, including the Espionage Act.

“And then they break into the president’s house — a sneak attack where it was completely — no one ever thought it would happen,” Trump said.