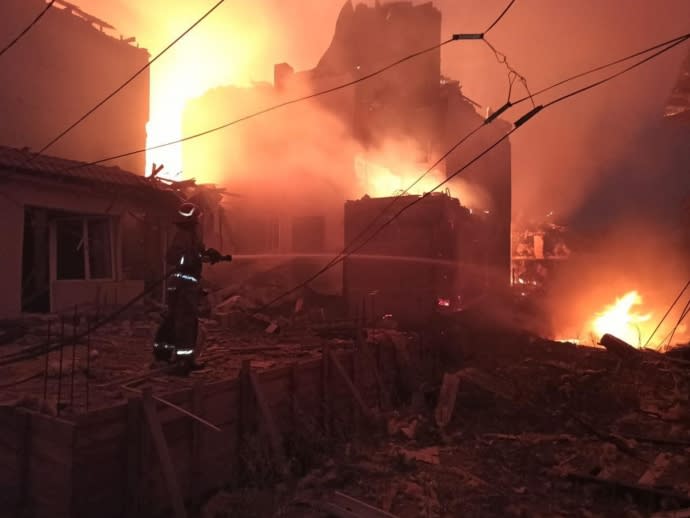 The results of the bombing of Odesa Oblast on 17 August, photo: Operational Command Puden (South).

Details: Operational Command Puden (South) said that at least four civilians were injured as a result of the overnight shelling. The injured were given medical aid, no one was seriously injured.

The fire broke out due to the missile attack. The fire spread to an area of ​​600 square meters. Rescue personnel brought the fire under control.

background: On the morning of August 17, the Russians launched a rocket attack on Odessa Oblast, with two rockets destroying and setting fire to a recreation center and several private buildings. Three deaths were reported earlier.